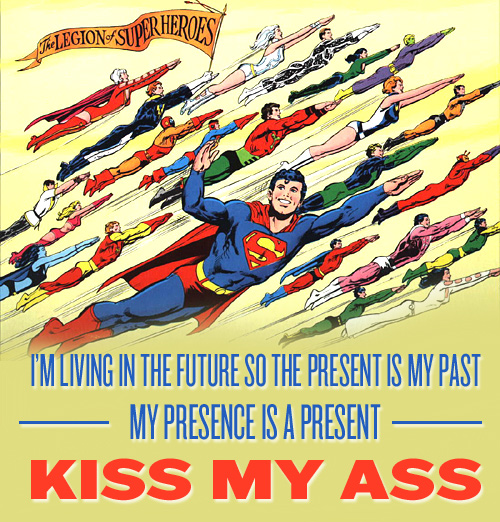 Hello, lovers of Booky Goodness! My name is Josh and I am a giant nerd. I’m also an author of novels, novellas, short stories, and other freelance type things. When these two things combine, they form Voltron. Or me becoming the Booky Goodness authority on superheroes.

“But Booky Goodness is a site for grown-ups!” you may protest. “What do grown-ups want with superheroes?”

Or probably not. Most of my life, that’s been the conversation starter when folks found out my love of the four color characters. But since superheroes have made box office receipts higher than the gross national product of Central America and invaded primetime on your TV, I hear that familiar refrain a lot less.

Superheroes can be daunting, though! Many of the most well-known characters have been in continuous publication for fifty, sixty, or even seventy years. There are shared universes where Hero Guy can team up with Scary Man. Only, Hero Guy can’t team up with Bug Dude because different companies own them. Where does an interested but overwhelmed person start?

Today, I’m going to make a superhero suggestion tailor made to the hottest trends in prose fiction. This series has deep roots in the history of superheroes yet has been constantly reinvented to stay fresh and interesting. It’s a literal nexus of superheroes, science fiction, Young Adult, romance, adventure, and probably a bunch of other stuff.

Of course I can only speak of the Legion of Super-Heroes.

First, a little background. It all starts with Superboy. Superboy is basically the story of Superman when he was a boy. And it would stay that simple until the mid 1990s.

Anyway, one day in 1958, three teenage super people come from one thousand years in the future to meet Superboy because he is the inspiration for their club, the Legion of Super-Heroes. This trio of super people visited again and again until Superboy just started flying 1,000 years into the future every issue.

Apparently, readers found all this fighting supervillains in the FUTURE and in SPACE way more entertaining than young Clark Kent hanging around Smallville gaslighting Lana Lang in order to protect his secret identity. This rise in popularity led to Superboy getting renamed Superboy and the Legion of Super-Heroes. And the rest is history.

With the Legion, you have beautiful Young Adult protagonists getting into crazy romantic entanglements, vying over massive power struggles, and dealing with their nemeses. The thing is, the romantic entanglements get hella complex when there are dozens of Legionnaires, the power struggles involve actual super powers, and the nemeses are your estranged brothers and want you D-E-A-D. Or your mom when she becomes President of the United Federation of Planets.

And in the grandest soap opera tradition, this thing sprawls out over decades.

But don’t start at the beginning! Even for those of us steeped in tradition and in love with the zaniness of the period, those earliest stories are damn near impossible to read. But if you jump on around 1973 and just start reading forward until about 1985, you will have one of world history’s greatest, long-running dramas about teens that can shoot lasers out of their hands.

Thrill to Wildfire, a being of pure energy, falling in love and angsting about his inability to physical consummate it? Chill to the family drama (not to mention death traps) between siblings Lightning Lad, Light Lass, and Lightning Lord.  Wonder if Brainiac 5 and Supergirl can be together even across the distance of a millennium. Freak out when one of the members is a vocally Communist insectoid.

I’m not kidding about that last one. And Gates isn’t even that weird a guy by some comparisons.

Romance. True Love. True lust. Death. Resurrection. Political power. Super power. Futuristic technology. Punk rock sensibilities. And every character is a teenager so the whole thing gets turned up to 11, Spinal Tap style. It’s every show on the CW 40 years before the network existed.

Damn near none of it is available in print and the stuff that is in print is either prohibitively expensive or tiny, contextless chunks that won’t satisfy the long-haul reader. Or possibly even make sense.

Thanks to DC Comics thinking its too good for your money, today marks the first time I’ve ever done a post for rabid readers where I suggest procuring the items digitally. Perhaps from less than savory sources. If you get my drift. I’m not saying I did that, but I am saying that I’ve read a lot of Legion. A LOT OF LEGION.

So…who’s in for this awesomeness?

Joshua Unruh is a stay-at-home dad and professional author who refuses to think of either as being unemployed. He lives in Oklahoma City with his wife, his son, his father-in-law, a dog, and absolutely no peace. Still, he manages to write a little bit. He strives to make everything he writes clever, interesting, or funny. Like Meatloaf said, two out of three ain’t bad.

Though he has been a professional liar in the fields of advertising, sales, his only fictions now are the ones he publishes.

Joshua is a lover of genre fiction, especially superhero comics and hardboiled detectives, and this comes through in his genre-bending style. Weird Westerns, nihilistic Norse-style fantasies, YA espionage stories, and hardboiled Noir tales with shades of fantasy or science fiction are just a few examples of the twisting and warped hallways of his imagination.